Karen Parker Feld and Peter Freeman are going back to their roots in agriculture, and are taking Crows’ Feat back to its roots as a working farm.  Karen first learned about farming from an altitude of 30,000 feet, having earned a Ph.D. from the Food Research Institute at Stanford. She became interested in agriculture from her studies of the farming practices associated with an improved variety of beans in Nigeria. What she found surprised her, and the scientists at the International Institute for Tropical Agriculture in Ibadan. It’s not enough to have a seed that performs brilliantly under controlled conditions – as a sole crop, sustained with heavy application of fertilizers and pesticides. Rather, one must look at the entirety of the farming system – the interaction between crops in the field, the cost and availability of key inputs, and the uses of farming residue – in order to determine what constitutes an improvement in the eyes and lives of farmers. Karen came to understand the meaning of permaculture, without having ever heard the term.

The challenge of providing sufficient and nourishing food for our society has assumed new urgency as a result of the widening drought and loss of topsoil that are ravaging the agricultural heartlands of California and the rural Midwest (her home ground). Karen believes that regenerative cultivation in the eastern and northern United States is vitally important to the survival of our people and communities. It is upon that belief that she and Peter are restoring these lands as a to peak fertility, while preserving natural habitats for native flora and fauna.  She hopes to take her 30,000 foot knowledge right down to the ground, creating a space for collaboration and cooperation among farmers in a way that sustains our soils and souls.

Peter is a self-taught and talented carpenter, builder and mechanic. As a dyslexic boy who struggled to read – at a time when educators had little understanding of the condition, and even fewer ways to navigate its challenges – Peter became adept at learning through careful observation and practice. He turned his dyslexia to his advantage, becoming more attentive and adept in seeking and overcoming challenges than most people. He started his own construction business at the age of 25, and managed it successfully for 30 years. Along the way he built a loyal clientele who appreciate his skill, integrity, and craftsmanship. As Karen is proud of saying, everyone loves Peter. He has a knack for making friends and building trust – along with just about anything else!

A talented photographer, lover of nature, and someone who chafes at being indoors, it’s been Peter’s lifelong dream to become a farmer. It is a dream that he and Karen are fulfilling together with the cultivation of Crows’ Feat Farm and the community it nurtures. 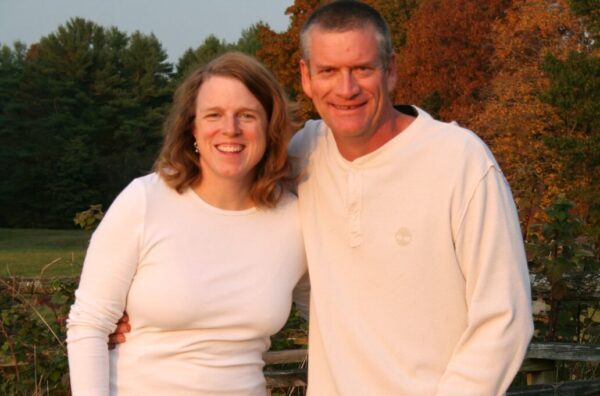 Artty and LJ Francoeur have lived in and around the seacoast of NH for many years, LJ having grown up in Exeter, and Artty just across the border in Massachusetts. They both have backgrounds in public school teaching, and have spent many a season farming – including traveling together as Woofers a decade ago.  They share a passion for the outdoors, and for music, performing locally as much as they can. They are kept especially busy by their three young children, whom they homeschool and get to learn alongside every day!

Artty and LJ had a farmstead of their own in years past, and have long desired to be part of an intentional community – a group of people who live and work together according to a set of shared values.  The values they share with other Crows’ Feat farmers are regenerative farming, natural preservation, education, music – and, of course community. 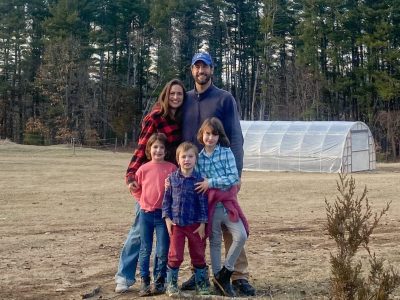 Kelsy Townsend was born and raised in Dover, NH, practically in the kitchen.  She comes from a from a family of cooks, who have managed a popular food truck on the UNH Campus for the last two decades.

Kelsy began her professional journey following in their footsteps, and spent two years developing her own skills in a well-developed culinary program through high school. Shortly after graduating, she decided to take a different path and started a career in law enforcement, providing  7 years of service to the community. While she loved  her career as an officer, Kelsy realized she was happiest in the outdoors, where plants talk back less than people do. 😉

With a few clients already onboard, Kelsy decided to quit her full-time job and launch her own landscaping business, which is how she met Karen and Peter.  She says that Crows’ Feat Farm has given her invaluable insight on what it is like to be part of a community that appreciates the simple things in life:  good food, good conversation and, even better, good people to share it with.  Those are the things that motivated her to join the cooperative for the 2023 season! 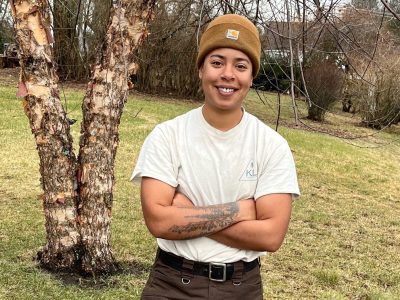 Deb O’Day is a neighbor and friend of Crows’ Feat Farm who has been a regular participant at our concerts, community meetings and work parties over the past two years.  She has joined the cooperative as an enterprise farmer.  A retired medical device software program manager, Deb comes with exceptional organizational and communications skills, as well as a talent for cultivating flowers and friends (humans and other species!).  Deb is an amateur wildlife photographer who also dabbles in nautical and motorsport photography, not to mention personal portraits. She will be assisting in our flower cultivation and farm share operations, as well as our new farm store.  In her spare time, Deb enjoys spending time with her dear husband Mark, her two Labrador retrievers and the accomplishments of her two grown sons. 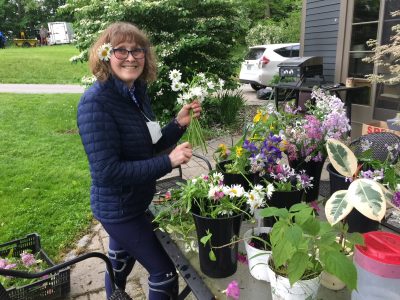 Ken Couture is a neighbor and friend of Crows’ Feat Farm who has been a regular participant in our work parties over the past year.  He has now joined the cooperative for his second career as an enterprise farmer.  A former software engineer, Ken brings meticulous analytical and organizational skills to our planting operations.  Just as we have been learning from him, Ken has learned about no-till growing techniques and the art of groundhog re-location (hoping to avoid a Caddyshack moment!)  Ken will be managing our operations – with a focus on greens and tomatoes – right across the street at 187 Drinkwater Rd.  He will also assist Pete with maintenance of the farm’s infrastructure.  Kens’ interests include ocean kayaking and renewable energy options for consumers, such as solar, batteries, and EVs. 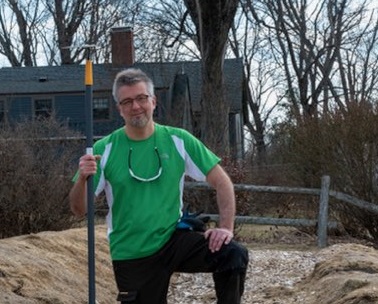 Eadyie Davis is a master gardener with decades of experience growing food, flowers, fauna and friendships.  She possesses unparalleled knowledge of, and love for, the natural world.  A retired Air Force nurse-medic, Eadyie has devoted the past fifteen years to serving others:  growing food for the hungry and homeless, teaching others how to farm, and generally improving the lives of everyone she touches.

An irrepressible optimist, Eadyie loves getting her hands dirty in the soil.  She’s also a master of quilting, cooking and baking.  When she’s not busy, she enjoys spending time with her special someone, Henry Nicholas.

We are extraordinarily fortunate that Eadyie has decided to devote herself full time to the mission of Crows’ Feat Farm. 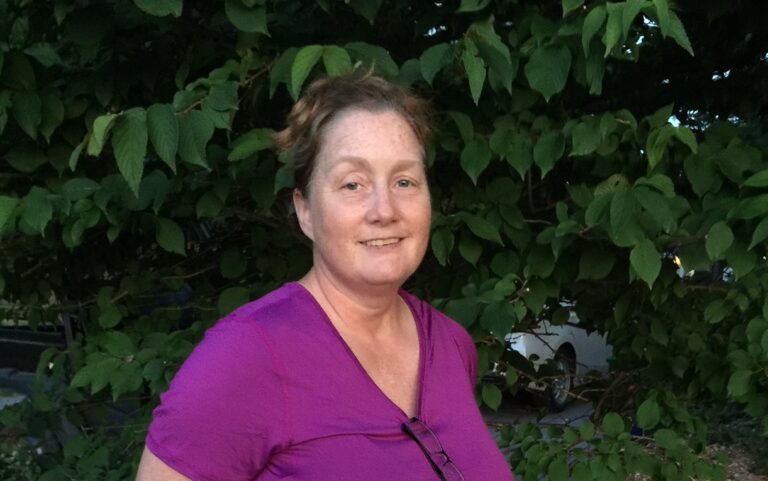 Whistling Pig Farm is the collaborative effort of Janlyn Driscoll and Matt Opolski, which began after discovering a shared interest in farming and self-sufficiency. They jumped into a hands-on farming course in 2018 and haven’t looked back. Meticulous record-keeping, trying something new each year, and learning from past mistakes have allowed them to hone their growing skills and expand operations.

In addition to planting a variety of vegetables and some fruit, they share chickens with a friend, keep bees, and make value-added products with their produce. This spring they learned how to prune the apple trees in their yard and make maple syrup. They are excited to experience more about the permaculture way of doing things at Crows’ Feat Farm, and to teach others what they’ve learned along their farm journey so far. 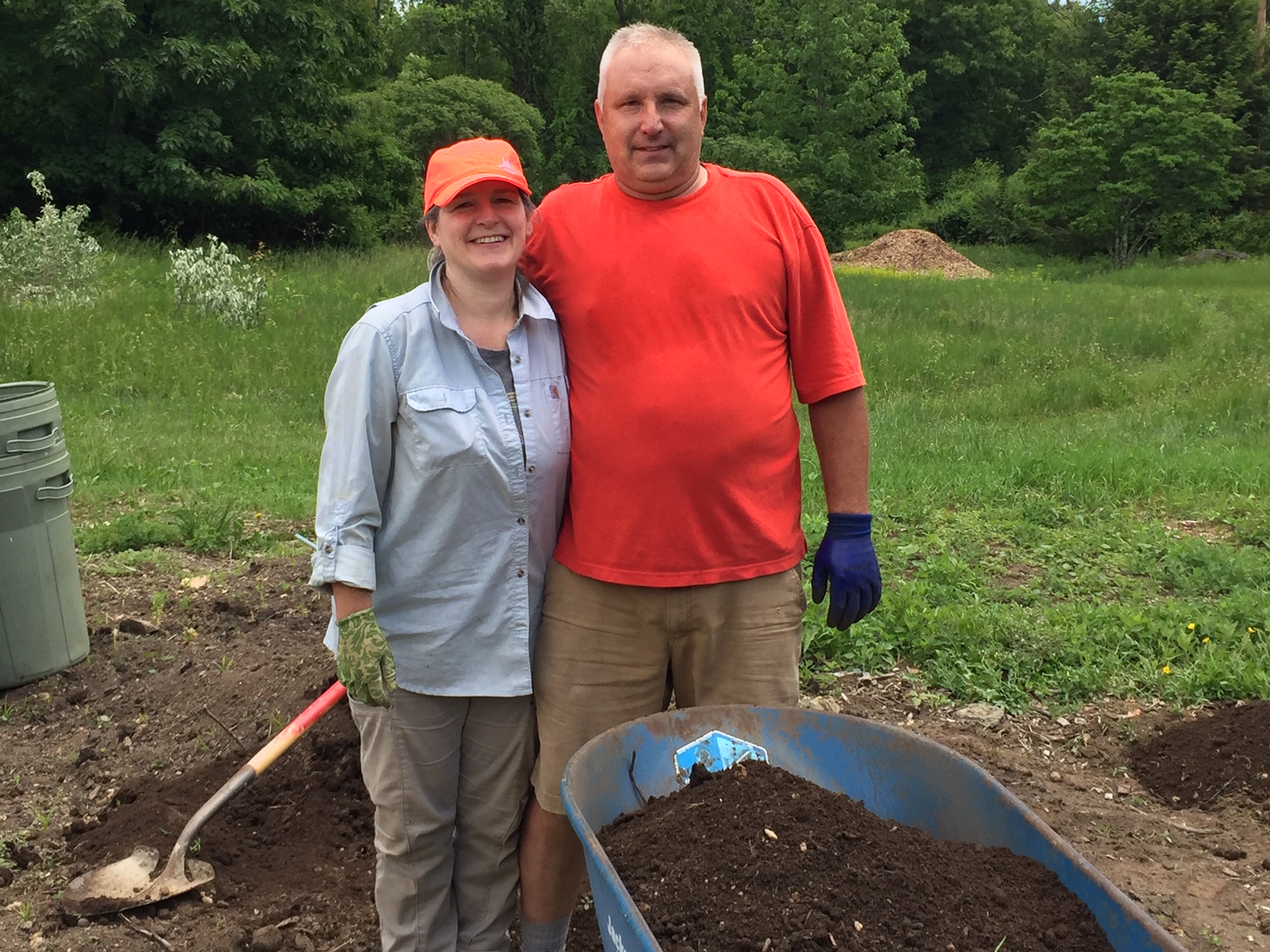 Terry O’Brien is the owner of Hungry Heart Farm, a small, diversified, culinary-focused vegetable farm in Kingston, NH. Originally from New Jersey, Terry made his way to New England to work for his wife’s family’s farm, Canaan Farm in Wenham, MA. Terry was impressed with the extensive local food community that existed in both the North Shore and Seacoast regions, and spent the next 4 years honing his skills at Heron Pond Farm before starting his own.

Terry is passionate about building healthy soils, growing quality food, and transforming that food into healthy and delicious meals and other products. Terry hopes to introduce and encourage more local food, especially vegetables, into people’s homes. He also hopes to show people the environmental implications of their food choices, and how eating local food can minimize your impact on the environment. 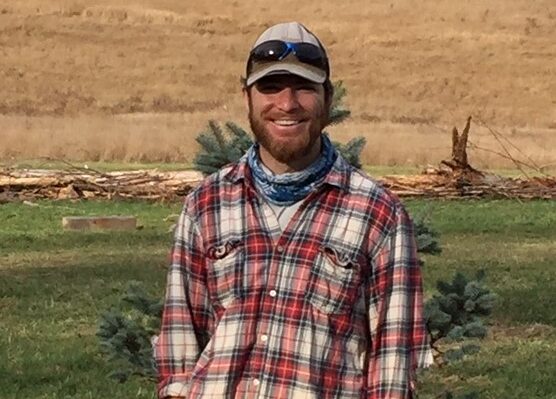 Jordan Keating is partnering with Crows’ Feat Farm to develop a fruit and nut tree orchard, which will feature chestnuts, hazelnuts, almonds, pawpaw, persimmons and peaches.  The orchard will be planted on terraces that follow the natural contours of Rolling Ridge, supported by swales to gather rainwater and promote soil fertility.

Jordan and his wife Marina manage Sokoki Falls Farm, a homestead, nursery, ecological landscaping service, and budding forest garden nestled in southeastern Vermont. They believe that perennial food, medicine, and indigenous resource crops are the key to a verdant future. They use no chemical pesticides or fertilizers, and their farm is almost entirely human powered.

Jordan is a passionate ecologist, forager, and farmer with deep roots in New England. He received a B.A. in Regenerative Agriculture and Food Systems from Sterling College. 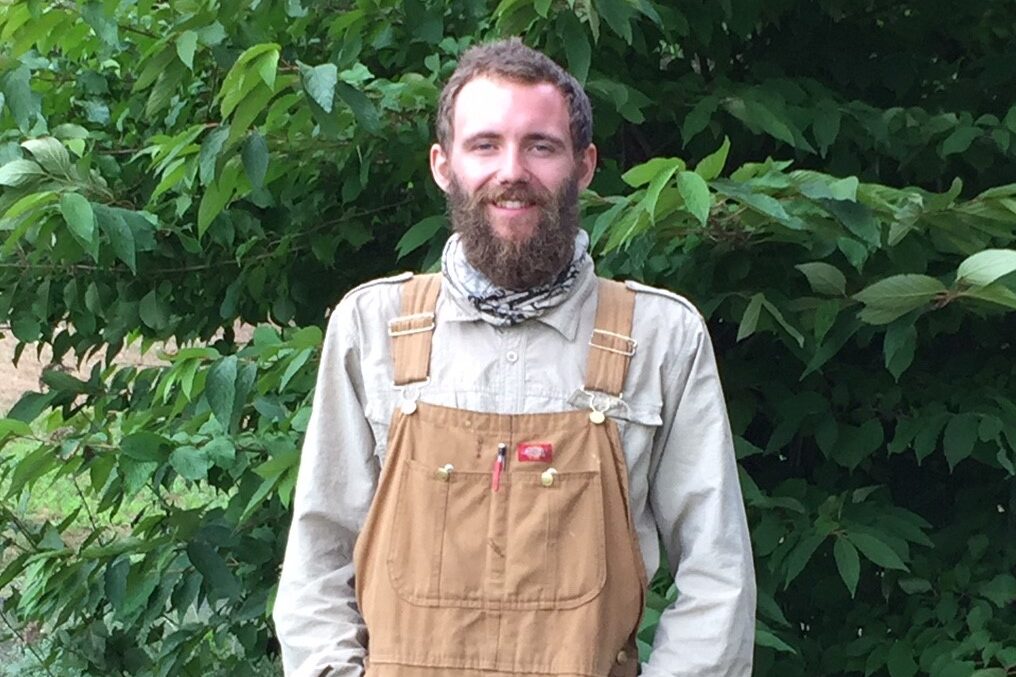